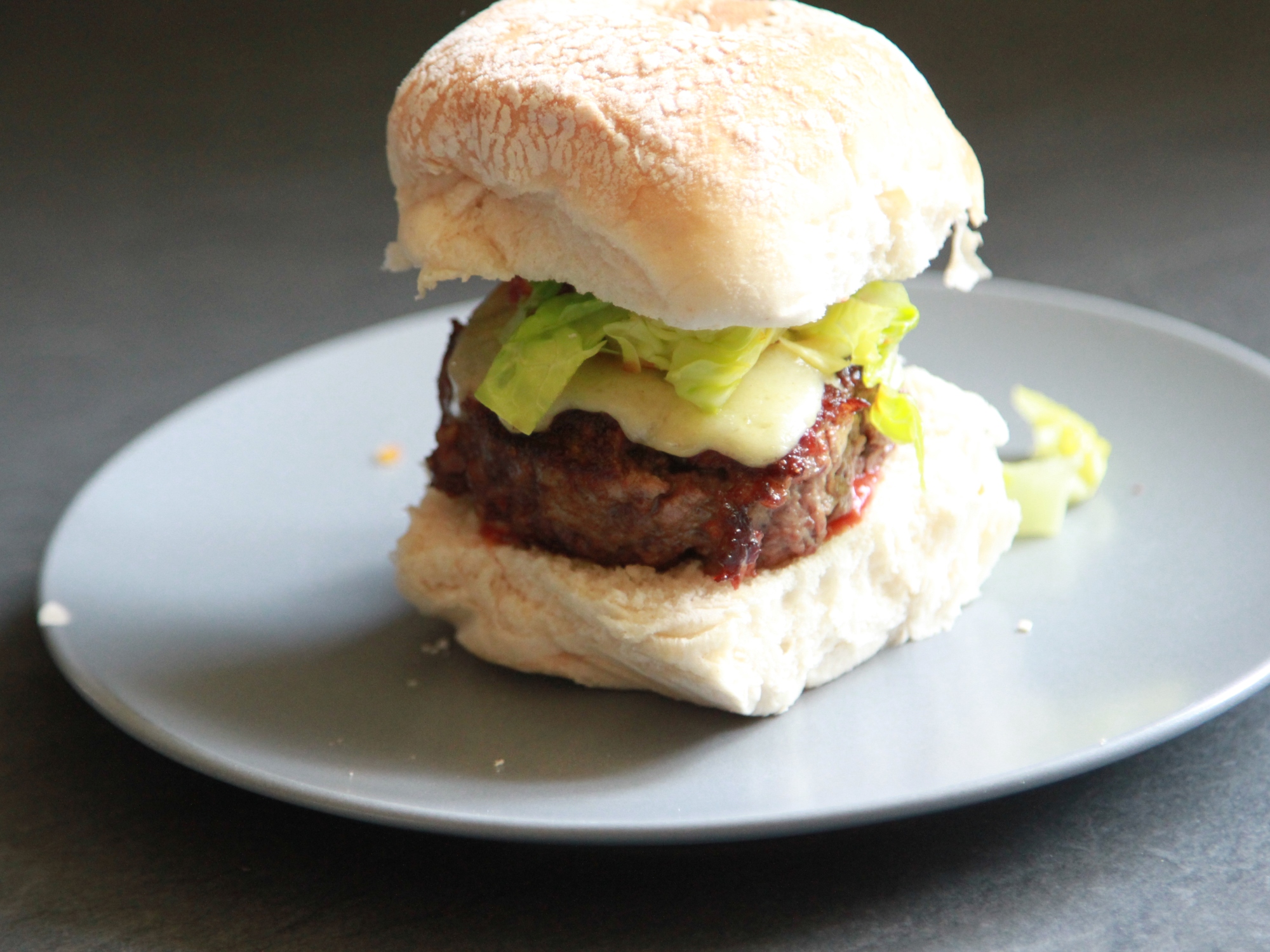 Ok – so as far away from vegan and veggie as you can get but my boys love ’em so I thought I had better make an attempt as a decent “Dada’s burgers”. I’m lucky enough to have a mincer (unused at my mum and dads from the early 1980’s!)

Place all the chunks of meat into a large bowl and liberally season with salt.

Pass through the coarse mincer attachment. Use the bread to push the last bits of meat through so that you don’t waste any by leaving it behind in the mincer.

Gently form the mince meat on a large piece of cling film to a rough rectangle and gently roll it into a large sausage shape being careful not to compress it too much. I like my burger to have a coarse and loose texture which almost falls apart when you bite into it.

I like to fry the burgers on a skillet and serve.